Annapurna circuit is the most famous trekking area for the trekking lovers around the world. This trek is the most diverse trek in terms of views, elevation and culture. You will get majestic view of Annapurna mountain by three different dimensions. Along the way you will see hundreds of small and big peaks with their glaciers, it makes like a Queen with ornaments. From 700 m to 5416 m of elevation difference refers really diverse floras and faunas. The highest elevation lake around world Tilicho Lake (4919 m) is also in Annapurna circuit, from where you can see 360 degree panoramic views of Annapurna Himalayan range. Ice lake (4600 m) also can be the beautifull attraction on this trek. Rhododendron forest along the way can be the major beauty of Annapurna circuit trek.

Gurung people with their warm hospitality and beautiful cultural richness tourist will fall in love with friendly Nepali people. Thakali people are very famous around the world for the delicious Nepal Thali set. Originally Thakali are from this region. So along the way of Annapurna circuit trek trekkers will get really delicious and higenic Nepali Thali. After crossing Thorang La pass (5416 m) trekkers will get Muktinath temple which is very famous  for the Hindu people around the world as their piligrimage tour destination. When you will get Muktinath transportation will be available. Apple is one of the famous fruits you can get on this area. Marpha is very much famous for Apple. You can pass by downhill by drive or trek via Kaligandaki river. Kaligandaki river is very famous for Black stones also known as Saligram. At the end of Annapurna circuit trek you will get Tatopani, which is natural hotspring you can bath and get relaxation at hotspring on last days of your trek. After Tatopani either you pass by ghorepani to Pokhara, via ABC to Pokhara or directly bus drive to Pokhara via Beni. When you will get back to beautifull city Pokhara you will finish Annapurna circuit trek.

You will go Kathmandu to Besisahar by private vehicle. In Besisahar , there will be checking of permit and TIMS . After that you can provide you jeep up to Dharapani. Overnight at local lodge.

The journey continues making up and down to Dharapani at 1890m. There you will find a stone entrance Chorten typical of the Tibetan influenced villages from here northwards. Then you will visit the Bagarchhap at 2160m that offers the typical flat roofed stone houses of local Tibetans design although the village which is still in the transition zone before the dry highlands. With often rough and rocky, the trail climbs to Tyanja at 2360m, and then continues through forest, but near the river, to Kopar at 2590m. As you reach the Chame, the headquarters of the Manang district, You will rewarded by the fine views of Annapurna II as you approach Chame and two small hot springs by the town.

The day starts through deep forest in a steep and narrow valley, crosses a river on a long bridge at 2910m. You will cross another bridge at 3040m, from there the view of the soaring Paungda Danda rock face really begins to appear. From there the trail joins to climb to Pisang, which sprawls betyouen 3200m and 3300m.

Today you will continue through the drier upper part of the Manang district, cut off from the full effect of the monsoon by the Annapurna Range. People of this region, herd yaks and raise crops for part of the year besides, they also continue to enjoy special trading rights gained way back in 1784. Leaving Pisang, you will have an alternate trails north and south of the Marsyangdi River which meet up again at Mungji. The southern route by Hongde, with its airstrip, at 3325m involves less climbing than the northern route via Ghyaru, though there are better views on the trail that follows the northern bank of the river. From Mungji, the trail continues past the picturesque but partially hidden village of Bryanga at 3475m to nearby Manang at 3500m.

Today you will spend a day acclimatizing in Manang. The whole day you spend by doing some fine day walks and over viewing the magnificent views around the village and the day time is best to gain altitude. You can explore the Ice lake as a day excursion.

After 5/6 hours hiking you will get to Yakkharka . And you will stay overnight at best available teahouse in Yakkharka.

This day you will leave Yakkharka, and the trail makes an ascent of nearly 2000m to the Thorong La pass. You make the climb steadily through Tenki, leaving the Marshyangdi Valley. Continuing along the Jarsang Khola Valley, you reach Thorong Phedi at 4450 m, there you see the vegetation steadily sparser.

The journey from Phedi “foot of the hill” or at the foot to the 5416 m Thorong La pass, begins the day. You then make the climb steeply that is regularly used and easy to follow. However, the problem may arise due to the altitude and snow. It often causes terrible problem to cross the pass if it is covered in snow. About four hours climb up to the pass marked by the Chortens and prayer flags. As you reach the top, you are rewarded by the magnificent view from the top.

This day after breakfast you will start your trek towards ancient village Jomsom. It will take 3 to 4 hours to reach there. On the way you can see the magnificient views of Annapurna and Dhaulagiri range himalays.

Today our jeep will drive along a plateau above the Kali Gandaki, the world’s deepest gorge. After you arrive at Tatopani, relax your weary muscles and dip in hot spring pools.

Another day after breakfast you will drive from Tatopani to Pokhara. Our guide will drop you at hotel within Pokhara.

After having breakfast you will depart from Pokhara to Kathmandu. After arriving Kathmandu you will take rest and buy some souvenirs to your well-wishers.

Your adventure in Nepal comes to an end today! Top Of The World Adventure representative will drop you off at the airport approximately 3 hours before your scheduled flight. On your way home, you have plenty of time to plan your next adventure in the wonderful country of Nepal and Say fareyoull to Nepal and its amazing people, mountains and nature. Until the next time! 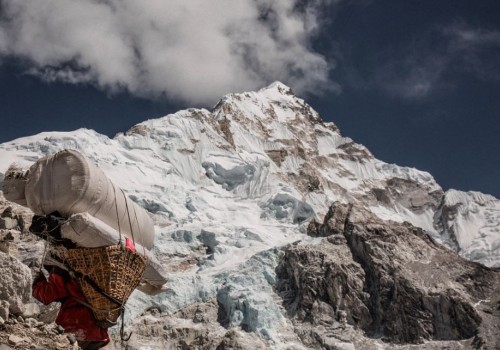 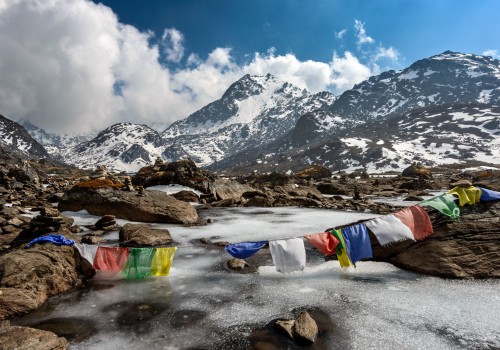